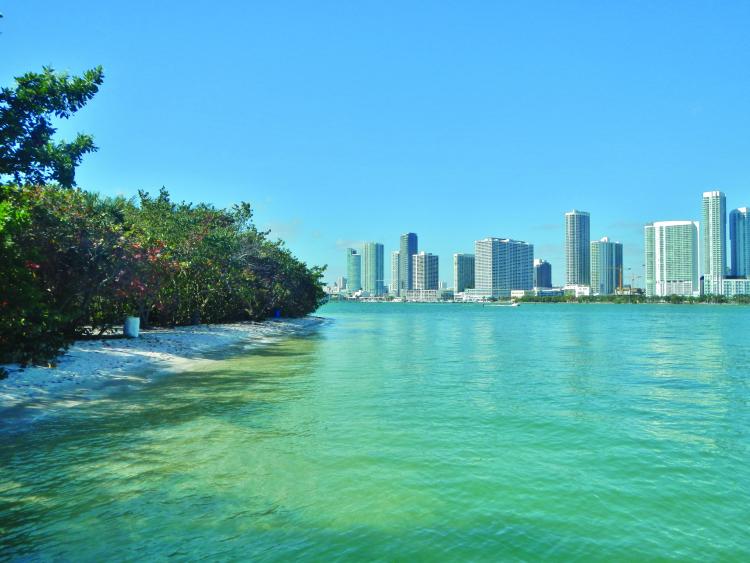 Biscayne Bay is adjacent to Miami-Dade County, Florida’s most populous county. The bay contains the largest passenger port in the world, is an international sailing destination and plays a critical role in the health of Florida’s Coral Reef. Protecting the bay is important to Florida both environmentally and economically.

Governor DeSantis took a major step forward in protecting vital natural resources within Biscayne Bay through the creation of the Biscayne Bay Commission.

The Biscayne Bay Commission, through a deliberative and transparent process, will ensure that objective and sound science inform decision-making regarding the bay. Input from the commission will be used to support key funding and restoration initiatives and guide regulatory changes that are needed to improve water quality.

The Florida Department of Environmental Protection welcomes our partners in updating the project tracker at any time. Please email us to provide your updates. 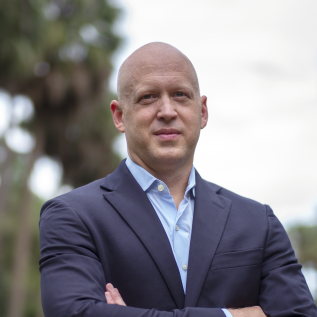 Noah Valenstein is a founding partner of the consulting firm Brightwater Strategies. He also serves as a Senior Advisor at American Flood Coalition, where he lends his expertise in resilience and state government. He brings several years of experience in high-profile public positions, including leadership roles on the United States Coral Reef Task Force, the United States Everglades Task Force and the Environmental Council of the States.

Prior to rejoining Brightwater Strategies, Noah served as both the secretary for the Florida Department of Environmental Protection (DEP) and the state’s chief resilience officer. Appointed in 2017, Noah was the first DEP secretary to serve two consecutive governors. During his tenure, Noah worked to champion and advocate for water quality improvements, Everglades and springs restoration, coastal resiliency and conservation of Florida’s prized properties. As the second chief resilience officer in state history, Noah also led the creation of the Office of Resilience and Coastal Protection at DEP and the development of the agency’s resilience grant program and assisted with securing record funding for for resilience initiatives in Florida.

Noah holds a Juris Doctorate from the Florida State University College of Law and a bachelor’s degree with honors from the University of Florida’s School of Natural Resources and Environment.

Prior to joining DEP, Adam worked at Hopping, Green & Sams, specializing in natural resource legislation and environmental permitting on the local, state and national levels. Adam also has a wealth of experience in public environmental law, serving first as an attorney and later as the policy chief for the Agriculture and Natural Resources Subcommittee of the Florida House of Representatives from 2005 to 2015.

In addition to his legal experience, Adam holds a Juris Doctor and master’s degree in Environmental Law and Policy from the Vermont Law School and a bachelor’s degree in Political Science from the University of Florida. Adam is also an active member of the Environmental Land Use Section of the Florida Bar. 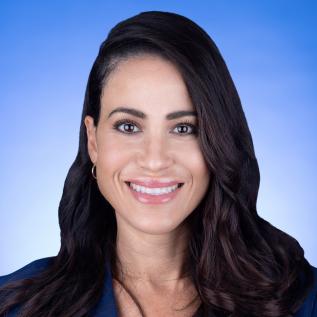 After graduating from the University of Florida in 2003, Danielle attended law school at Florida State University. She earned her Juris Doctorate degree from FSU and was admitted to the practice of law at the age of 24. She began her legal career right away in 2006 at the prestigious law firm of Greenberg Traurig where she focused on Civil Litigation.

In 2009, she opened her own civil litigation law firm, Cohen Law, with the mission of providing excellent yet cost-efficient legal services to small businesses and individuals. Cohen Higgins continues to run her law practice in addition to serving as the Miami-Dade County Commissioner for District 8. She also currently serves as a board member of The Children’s Trust.

Prior to becoming a County Commissioner, Cohen Higgins sat on the Board of Directors for the South Florida American Heart Association, served as a Young Ambassador to the Miami Children’s Health Foundation, and worked as a mentor and Board Member with Take Stock in Children and was elected to sit on the largest statewide board of trial attorneys, the Florida Justice Association. Her current policy priorities include innovating government to be more proactive than reactive, addressing severe housing affordability challenges, which are pricing families out of Miami-Dade County, supporting common-sense environmental sustainability measures and bringing effective transit solutions to the residents of District 8. 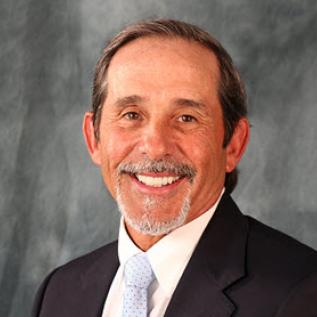 Charlie Martinez is president of CEM Investments LLC, an investor in a variety of real estate projects. Martinez is also a partner in the Grove Bay Group, a food and beverage company that owns and operates various restaurants in Miami-Dade County. Some of Grove Bay’s establishments include Shulas 347, Glass & Vine, Grove Bay Grill (Old Scottys), Stiltsville Fish Bar, Stubborn Seed and Root & Bone.

In his prior professional work, Martinez and his father co-founded Caribe Homes (1986-2010), one of the largest private homebuilders in Miami-Dade County. Beginning with a modest 10-acre tract, under Martinez’s guidance, Caribe built over 5,500 homes. In 2005, Martinez spearheaded a sales record that surpassed $140 million in home sales, the largest one-year sales total ever recorded by a privately held home builder in Miami-Dade County at that time.

Martinez grew up in Miami and currently lives in Pinecrest with his wife and three daughters. He is active in his community and served as past president of the Latin Builders’ Association and as an officer since 1991. Martinez was a key contributor to the enforcement of building codes throughout South Florida, serving on numerous construction industry oversight boards. He also currently serves on the boards of Baptist Hospital of Miami, Our Lady of Lourdes Academy High School and Cat Cay Yacht Club. He has been a member of the Everglades Foundation for the last eight years.

Martinez received a B.A. degree in Building Construction from the University of Florida. 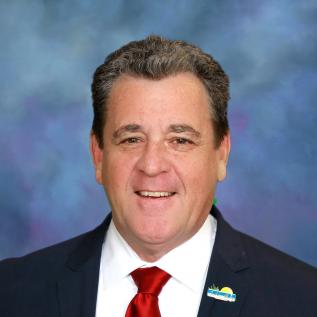 Mayor Tim Meerbott was the first town council member of Cutler Bay to have ever been sworn into office in 2006, and was elected as Mayor in November 2018. He has deep roots in the town and believes the it’s a wonderful place to raise a family. In addition to his heavy involvement with the town, he’s also a senior division manager for Allstate Corporation—where he’s worked at for over 30 years.

Incorporated in 2005, the town of Cutler Bay is a community that’s been diligent in its environmental preservation efforts, an important point given the threat that sea level rise imposes on this coastal community. In May 2015, the Town adopted the Floodplain Mitigation Plan, which aims to reduce the community’s vulnerability to natural disasters. One of the town’s most significant recent achievements is earning a Community Rating System Class 4 in the National Flood Insurance Program, becoming the first municipality in South Florida to do so. 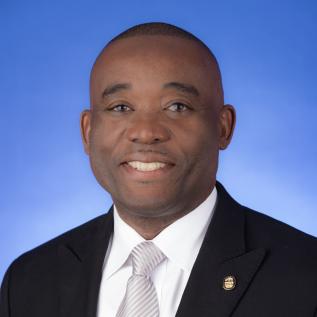 Monestime was first elected to represent District 2 on the Miami-Dade Board of County Commissioners on Nov. 2, 2010. District 2 includes portions of the city of Miami, North Miami, North Miami Beach, Opa-locka and the unincorporated areas of Liberty City, Biscayne Gardens and North Central Dade. He was overwhelmingly re-elected in August 2014 for a second four-year term, and in November 2014 chosen unanimously to serve as chairman of the Miami-Dade Board of County Commissioners for two years. On Feb. 20, 2015 Commissioner Monestime was selected unanimously by municipal, school board, and commission colleagues to preside over the Miami-Dade Metropolitan Planning Organization Governing Board.

He has an MBA from the H. Wayne Huizenga School of Business and Entrepreneurship at Nova Southeastern University and a bachelor’s degree in Finance from Florida International University. Mr. Monestime is also a graduate of the Senior Executives in State and Local Government program at Harvard University's Kennedy School of Government. 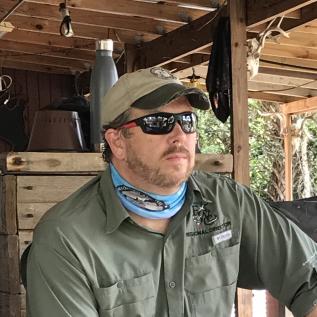 Dr. Thomas Reinert is the regional director for the Florida Fish and Wildlife Conservation Commission’s South Region, which encompasses 10 counties in South Florida, including Miami-Dade. He has worked with FWC for over 16 years; five years as the regional director, and 11 years as a research administrator in the Manatee Rescue and Recovery Program, overseeing field biologists on the east and southwest coasts of Florida.

Dr. Reinert has a Bachelors of Science from Wake Forest University, a Master’s in Oceanography and Coastal Sciences from Louisiana State University, and a Ph.D. in Forestry and Natural Resources from the University of Georgia, with a concentration in estuarine fish ecology and population dynamics. 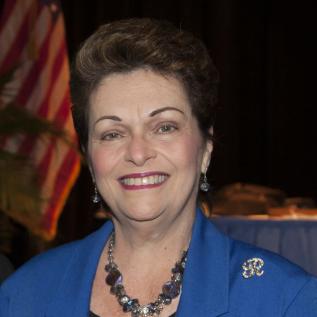 Rebeca Sosa has served on the Miami-Dade County Commission as District 6 commissioner since June 2001. She has been re-elected four times to represent the residents of the city of Miami, Coral Gables, West Miami, Hialeah and Miami Springs and the unincorporated communities of Schenley Park, Coral Villas, Red Bird, Coral Terrace, Little Gables and Fontainebleau.

On Nov. 20, 2012, she was elected by her colleagues as Chairwoman of the County Commission where she served a two-year term. As Chairwoman, Commissioner Sosa put environmental concerns at the forefront to tackle the issue of Sea Level Rise. Through her leadership, a Sea Level Rise Taskforce was created and their recommendations were proffered to the Board of County Commissioners for adoption. These recommendations form the foundation for Miami-Dade’s response to sea level rise. 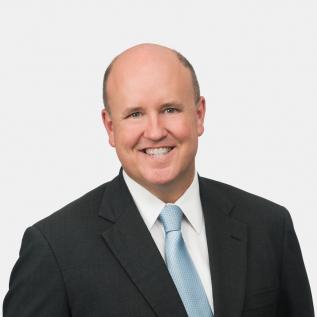 Spencer Crowley is a land-use and environmental attorney and shareholder with the law firm of Akerman Senterfitt in Miami. Mr. Crowley's practice focuses on large scale land use and environmental permitting matters, including zoning, growth management, urban development, transportation, sovereignty submerged lands, coastal regulation, marina permitting, wetlands and water resources. He has worked with the Governor's Commission for a Sustainable South Florida, the South Florida Water Management District and the Duke University Wetlands Center in the Florida Everglades.

In addition to his private practice, Spencer serves on several waterfront boards. In 2008 County Commissioner Carlos Gimenez appointed Spencer to the committee charged with reviewing and recommending changes to Miami-Dade County's Manatee Protection Plan. In 2007, he was appointed by Governor Charlie Crist to serve as Miami-Dade County Commissioner for the Florida Inland Navigation District.

In 2005 Miami Mayor Manny Diaz appointed Spencer to the city of Miami's Waterfront Advisory Board where he served as chair. Prior to joining Akerman Senterfitt, Mr. Crowley worked at Gunster Yoakley in Miami and Hopping Green & Sams, in Tallahassee.